"We were very focused on automation, and we didn't want a middleman to work on a back office system to produce an invoice. We wanted to automate as much of that as possible."
- Eamonn Murray

Manual workloads can put a big strain on a growing travel management company, and they can even hold back its ambitious plans for expansion as it looks to wade through a rising tide of administration without incurring extra costs.

That's exactly what Atlas Travel Services, Ireland was struggling to do before it turned to Procon Solution for an answer.

The group already had two technology solutions in place, but there was limited integration between the mid and back office, and staff were having to carry out lots of manual work just to keep the back office functions ticking over.

As Atlas Travel Services grew and client demands intensified, this put a strain on the company's resources, and predominately on its employees. As a result, it had to employ more personnel at a greater cost to the business.

"We had to put a stop to that," said Eamonn Murray, IT systems manager at Atlas Travel Services.

That's when the company came to Procon Solution to help it automate its back office processes, increase its efficiency and reduce its transaction costs so that it could pursue its strategy of profitable growth.

"We were very focused on automation, and we didn't want a middleman to work on a back office system to produce an invoice," explained Mr Murray. "We wanted to automate as much of that as possible."

Atlas Travel Services moved its corporate business operations onto the ProTAS back office system in June 2013, and since then it has enjoyed a number of benefits.

With the old system, the company was able to automate between 35 and 40 per cent of its back office processes. With ProTAS, automation levels are now substantially higher.

"The latest figures would suggest we're at 94 per cent, so the increase has been huge," said Mr Murray.

Since ProTAS was implemented, Atlas Travel Services has expanded its business, yet it has not had to take on any additional staff on the administrative side.

Another benefit of the ProTAS system has been greater flexibility to serve changing customer needs without having to spend time and money on further custom software developments.

ProTAS offers full integration between the mid and back office, and it can be tailored to suit a travel management company's specific requirements, as it was with Atlas Travel Services.

Mr Murray explained that Procon Solution has been able to tweak the system to serve Atlas Travel Services' needs prior to going live with the new software.

"We had a lot of time where we could play about with the system, train, test and then work with Procon to get it to work the way we want it," he noted.

Improved quality control has been another big advantage, and this has enabled better reporting, both on the corporate side and internally.

"We're very data driven," explained Mr Murray. "We were part of the American Express Travel Partner Network so we would report to American Express a lot on the client level, and that reporting needs to include data that's good.

"We are one of the top travel partner networks in Europe and have continued to stay up there since we've gone with Procon."

Indeed, Atlas Travel Services has established a good working relationship with Procon Solution and has been very pleased with the customer service provided.

"This was quite impressive and something we never came across before and was extremely useful."

Procon Solution is proud to announce that we are increasing our footprint in the UK by opening an office in the London area. The new office signifies Procon Solution’s continued growth, development and commitment in the UK market.
Read more 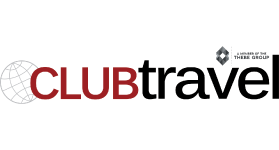 Club Travel is equipped for growth with ProTAS

One of the biggest challenges when moving into new countries is dealing with different currencies, and Africa is certainly no Europe since most African nations have their own legal tender. ProTAS Mid and Back Office can easily handle....
Read more 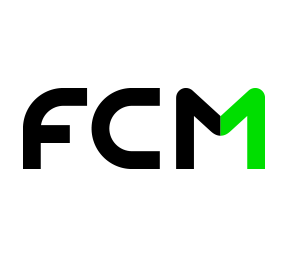